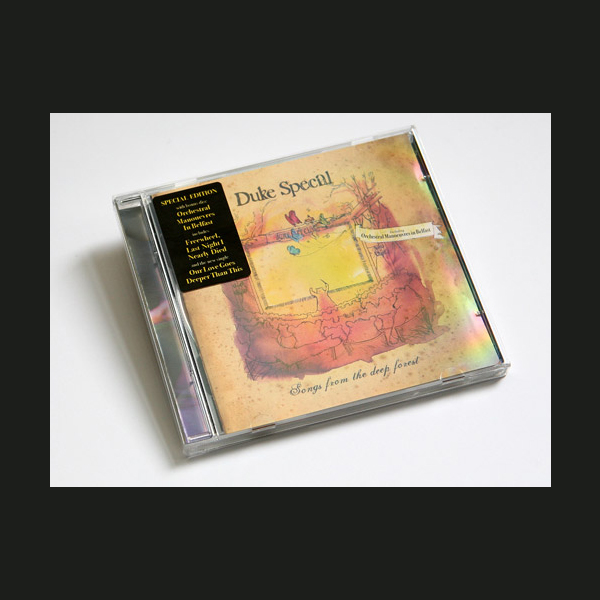 Songs from the Deep Forest was Duke Special’s first major album release. In May 2006 it was released as a limited edition set of six 7” vinyl discs and then re-released as a single CD in October of the same year. It has been nominated for a 2007 Meteor Music Award for best Irish album, and for the 2007 Choice Music Prize.

This edition contains a bonus CD, “Orchestral Manoevres in Belfast” - a live BBC recording from the Belfast Waterfront, with the Ulster Orchestra

Sorry, this item is no longer in production